May you live in interesting times [Elite: Dangerous]


The Elite Dangerous kickstarter campaign is closing in on the £1 million mark (four fifths of the target) but with only 9 days to go there's still some question as to whether they will succeed. The video above was released a few days ago, and together with the concept art already on the site, really gives a feel for what Elite Dangerous will be trying to achieve in terms of epic atmosphere.

It's a relief to see evidence of such clear vision, when earlier in the campaign the team seemed to be more focussed on how good the clouds were going to look (impressive though that might be.) It's also encouraging to see profiles of team members and quick and reasonable answers to questions from backers. This campaign has suffered from a slow start - but in a way that's encouraging too, we're not backing a slick marketing job but a small company with genuine enthusiasm.

Interestingly, there's also a kind of meta-fundraising going on that I haven't seen before on KS. One of the KS pledges is the "writer's pack" - a £4,500 license to write a novel set in the Elite universe, with co-operation from the programming team who can add elements of the novel such as planets into the game. Amazingly it's working - several writers, such as Drew Wagar, have come forward and have started their own mini-Kickstarter or indiegogo campaigns, most have hit their targets and added their pledges to the main E:D campaign. The latest author to join the fray is BBC tech journalist Kate Russell - check out her Kickstarter page here.

The videogame market is alive and well. There's no shortage of casual jewel-matchers, FPS and MMO lookalike wargames, or quirky indie concept games. And sadly there's also no shortage of games with a magnifying glass on the cover. What's missing from the computer gaming world at the moment is the epic. And Elite: Dangerous is one project that just might produce one. Would you like to know more? Main Kickstarter page here. You can also read more on programmer Michael Brookes' blog, The Cult Of Me.
Posted by Sci-Fi Gene at 23:00 2 comments:

Models, scenes, effects, clips taken from the past 4 years, with modelling and animation in Cinema 4D and Blender. There are exciting plans for 2013...
Posted by Sci-Fi Gene at 10:03 No comments: 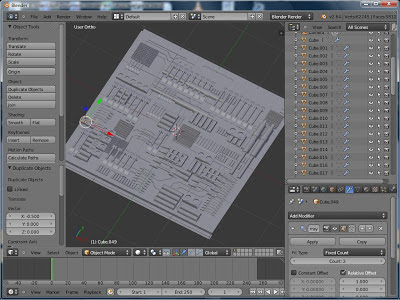 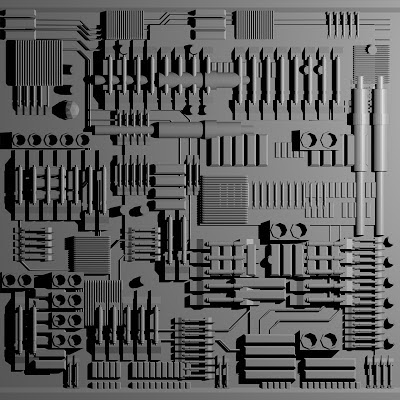 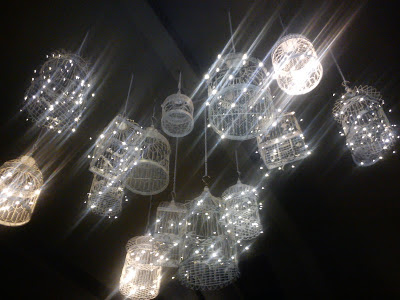 "Soupremacy" screened at Showreel short film night on November 28th: finally I can claim to have had a film shown at the B.B.C.*


and this most unusual music video starring Celia Imrie:

The First Cut Is The Deepest

Some reflections on editing together studio footage in Blender: 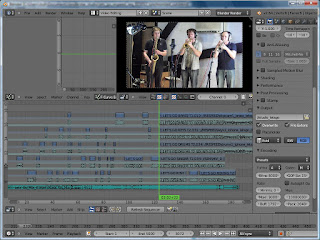 The visual sequence editor has always been one of Blender’s best features. There are plenty of free video editors that you can download, but very few are multi-track: essential here for cutting between multiple takes or camera viewpoints. 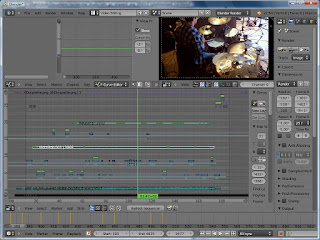 Thanks to an extensive upgrade the Blender interface is now only moderately impossible to use. It’s also more stable than ever before - but "stable" is a relative term, you should probably back up before and after each edit. 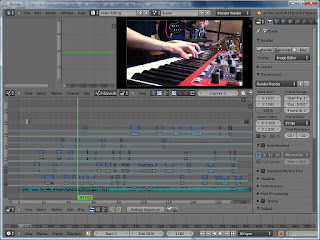 New features such as adjustment strips and colour-balancing strip modifiers are sensible and make some post-production tasks easier. Overall Blender is up to the task of a complex edit but is still harder to tame than some of the professional packages.
Posted by Sci-Fi Gene at 01:02 No comments: 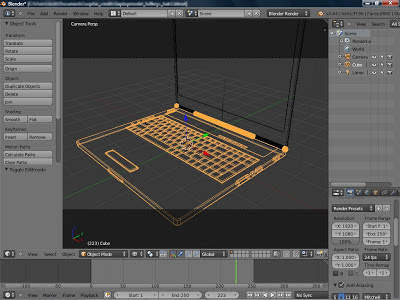 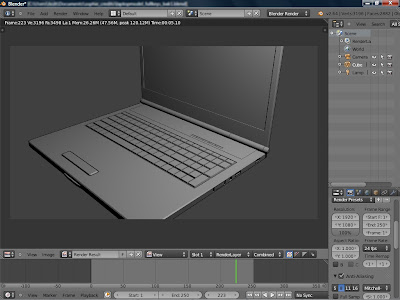 I like Santa. I like John Stuart Mill. But which is best? Two indie music videos made by talented Kino London regulars: