Can You Read My Mind

Long ago, during a school visit to a top secret Government mathematics facility, I was bitten by a radioactive abacus: I quickly discovered I had gained an uncanny ability to count things. I was tempted initially to use my superhuman skills for personal gain, and very nearly became an investment banker. Instead under the cover of my alter-ego “The Plus One” I have employed my unique talent in the fight against crime for many years, and can even claim to have saved the Earth on five occasions. Or was it four?

Even with my phenomenal counting abilities I seem to lose track of the number of times the Superman concept has been “reinvented.” The novel Superpowers is just one of so many examples: films such as Unbreakable, Mystery Men, Push, Next, Jumper, Kick-Ass, Super, The Incredibles, and TV series such as Heroes or Misfits have already been there. Superheroes falling out of favour with the public, turning against the humans or against each other, with and without costumes, alter-egos and actual powers, with corporate sponsors, and with insanely powerful or eccentric powers – haven’t we all at some time fantasised about being able to hurl forks with deadly accuracy, or to make fish explode? 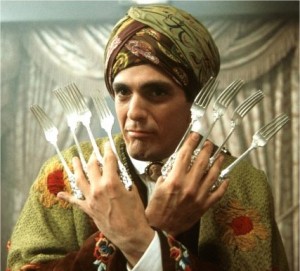 It doesn’t require any supersenses, though, to see that most of these “reinventions” are nothing of the sort. The Hulk never wore spandex! Batman never had any powers! Superman makes fish explode all the time! (allegedly) One theme that never seems to go away is the supervillain, and the cliché that the hero and villain complement each other.

Superpowers is therefore exceptional in that much of the story is about the absence of supervillainy. The All-Stars make a real but underwhelming impact on local crime statistics. They both assist and annoy the police, and the public become irritated and litiginous but fall short of baying for blood. Without a supervillain or doomsday plot they lose their way and lose their hero status – their powers also have their own limitations and divide the team more often than uniting it.

It turns out that the plot is smarter than this. There’s a twist coming – it was foreshadowed in the first line of every chapter but it still took me by surprise. Perhaps superheroes exist in our minds because supervillains do indeed exist in real life.
Posted by Sci-Fi Gene at 23:56 2 comments:

Five college flatmates suddenly develop a range of superpowers and form a costumed vigilante group. Yes! David Schwartz’ novel Superpowers is yet another attempt to reinvent the superhero mythos – more on that story later. The plot of this novel has a superficial similarity to the film Chronicle and does cover some of the same ground, however the climax - and perhaps the point - is very different.

As the title suggests, the novel is all about the powers themselves. All five superstudents go through similar superpower angst: Mary Beth, gifted with superstrength, breaks everything she touches – her toothbrushes are doomed, as are the ribs of any potential boyfriends. The self-styled All-Stars learn to control their powers, up to a point, but they are isolated and lonely, and their situation divides the group more often than it unites it. Also, having a power will only take you so far – you can read someone’s mind but you might still not be able to influence them. In the end they are hopelessly unprepared for the crisis that is coming.

The cast are pleasingly diverse. That’s SOP for novelists now, ever since Ben Elton daringly wrote his novel Gridlock which features a traffic warden hero. The ethnic diversity is also a pointer to another aspect of the book. The term “superpowers” has another meaning, and the issues faced by the All-Stars can be read as a metaphor for conflicts played out every week on the international stage. The Earth’s most powerful countries routinely have to decide how and when to use their economic or military strength, and whether to intervene in the affairs of other countries – and in the resulting pressure, mistakes can be made.
Posted by Sci-Fi Gene at 23:50 3 comments: 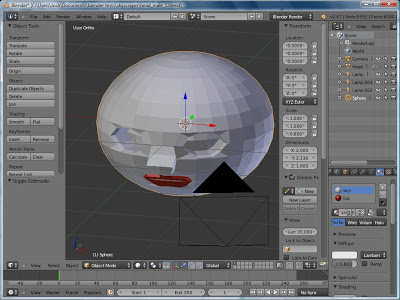 Modelling another simple head from a sphere, blocking out texture zones and basic features. Next goal will be to rig both for some facial expression and lip synch, but that's for another night. 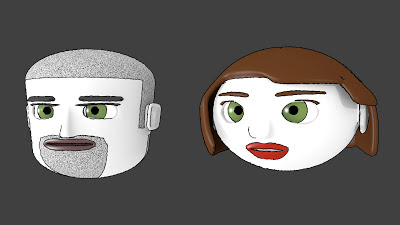 Stubble and Evie
[produced in Blender 2.67]

Modelling a cartoon head in Blender starting from a UV sphere. 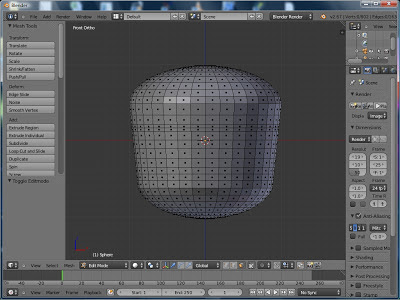 Blocking out some features: 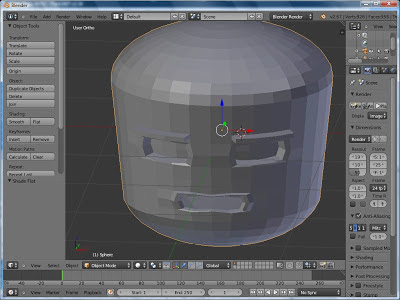 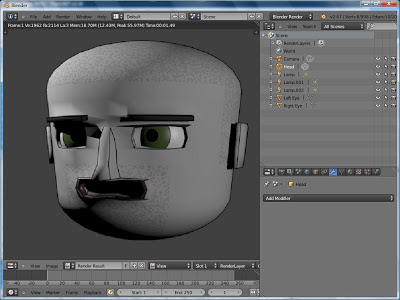 Freestyle with perlin noise geometry for a more sketchy look: 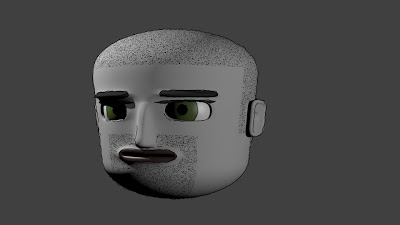