A short test of the dashboard and road animation.

Devil In The Detail [work in progress]

Working on various assets for the road animation: 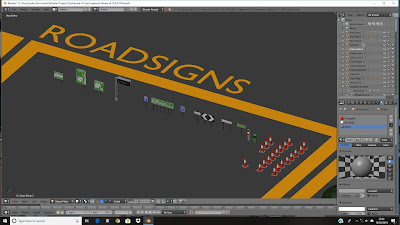 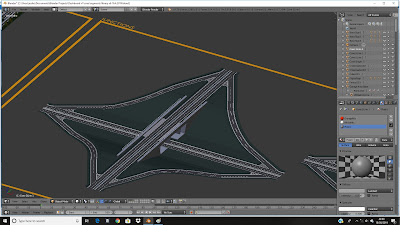 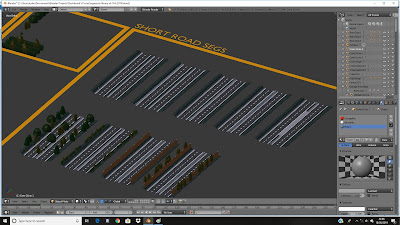 It Only Takes A Thereminute [Open Theremin part 2] 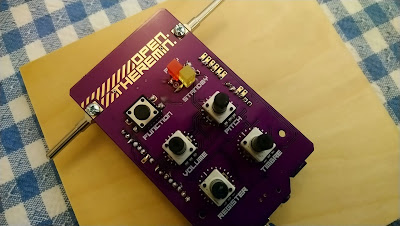 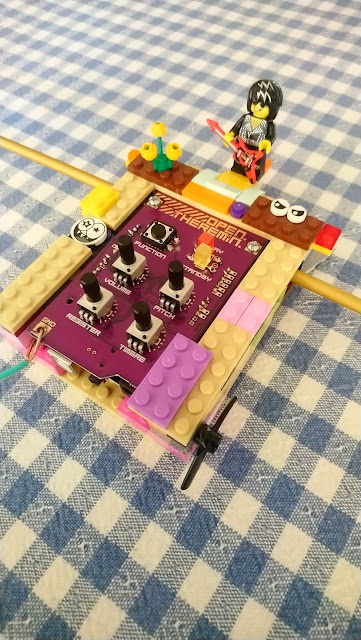 OK. Hands up everyone who was surprised by this.

I'm still getting over the shock of this device actually working. I'm not anywhere near being able to play music on it - the following demo video is rated R for Raucous and should not be watched by anyone.

I am going to need some truly weird sounds to mix into the soundscape for the road animation - so I have literally no choice but to build a theremin. My hands are tied (which may make playing the theremin difficult).

Named after its' inventor Leon Theremin, the theremin is the most science-fiction-y of all instruments, famous for being used in movies such as The Day The Earth Stood Still and Mars Attacks, and also famous for not being used in the Star Trek theme tune (it's actually sung by a soprano) or the Doctor Who theme tune (they used pretty much every possible sound generator except a theremin).

For this DIY project I'm using the Arduino-based Open Theremin v3 design by Urs Gaudenz. You can read about the history of this interesting project, find out more about Leon Theremin and order your own kit here.

The kit includes an integrated theremin circuit board, connecting pins, switches and LEDs (the Arduino and USB cable were purchased separately) ... 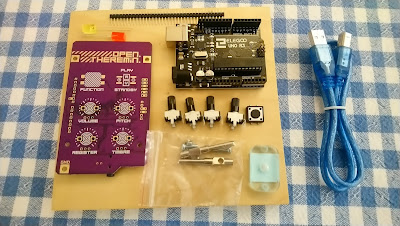 ...and also some of these things. 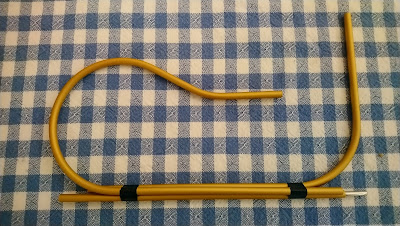 You just need a few extras - the Arduino itself, some kind of stand e.g. a camera tripod, some earthing wire, and either a decent pair of headphones or a speaker and a set of very, very tolerant family members and neighbours.

One round of dodgy soldering later: 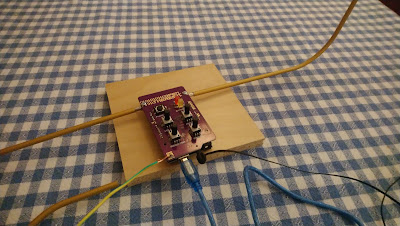 If I Had A Thanos [Review: Avengers Endgame]

2018's Avengers: Infinity War ended with the destruction of half of all life in the Universe, including half of the Avengers cast. I wasn't hugely surprised to find, and this isn't really much of a spoiler, that Avengers: Endgame turns out to be about an attempt by the remaining Avengers to bring the band back together and do something about it.


I was more surprised by the downbeat, bluesy tone of much of the movie. I would expect to see more personal depth and character building in the individual superhero stories, and there's plenty of this in Ant Man and The Wasp, and Captain Marvel - it's hard to get the same depth in an ensemble movie, but Endgame does better than most. The movie opens a few years after Infinity War, in a world reacting to the shock of that Thanos moment through memorials and support groups. Meanwhile the scattered Avengers have each reacted in different ways, and there's a reality to the transformed Thor, Hawkeye and Hulk that makes a lot of sense - possibly having fewer other characters overshadowing them means these characters can be more central. There's also a lot of gentle humour to be found.

However Avengers: Endgame is still not exactly an arthouse dogme experiment - I'm gutted that Lars Von Trier turned down the invitation to direct. There are plenty of CGI set-piece battles, and these are quite lovely but also confusing if you try to follow them. Why is Captain Marvel more powerful than Thanos one moment, and at his mercy the next? I gave up and just enjoyed the fireworks. The same applies to the main plot, the Avengers' plan to address the absence of half the Universe. Giving the writers credit, they have deliberately taken a certain kind of sci-fi plot and tried very hard to give it an original twist by disallowing the obvious routes. The end result serves the movie well but really doesn't stand up to logical analysis - luckily as a Doctor Who fan I have become immune to plot holes through repeated exposure so this did not spoil Endgame for me in the slightest.

Overall Endgame is a satisfying movie and a satisfying end to both the Avengers and Guardians of the Galaxy movie cycles. I am sure the great Stan Lee would approve of this movie's marvellous review score of three stars out of five.
Posted by Sci-Fi Gene at 22:21 No comments:

The Road Is Long [work in progress]

Continuing to work on the car scene, trying out some different colour schemes. Animation trials to follow - Freestyle rendering is a bit slow so it may take some time to get together enough frames to animate. 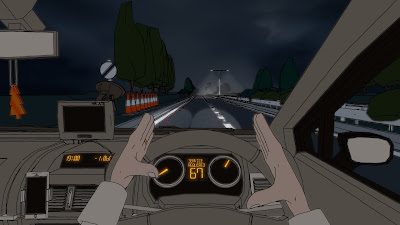 This project could go in several different directions from here. I've enjoyed gradually building up the car and adding detail to the road, and I could quite happily keep on doing so forever.  The end result could be an unstructured film or music video, or just something to do on a rainy day.

However I do have an almost-complete script as well and this was part of the reason I started modelling the car. So it might also be good to complete the script, get some voice over talent together and make a more traditional short. The script does call for some more work on modelling and animation.

I also have some serious plans for the soundscape - it needs some old-school weirdness and I know just the thing. Watch this space.