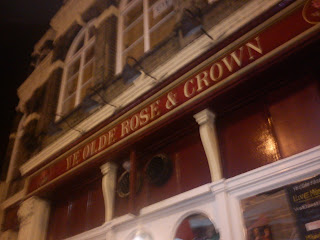 Last Zombie Standing was screened at Ye Olde Rose & Crown on Friday for Walthamstow Short Film Club's Halloween Night. The film was given a warm welcome and we were in good company: seventeen other great films were on the programme including, my favourite, this lesson in how to make an action movie:
and a new edit of this film written and directed by Last Zombie Standing writer Molly Brown.
A gauntlet was also thrown down at the event which I may not be able to resist: more on that story later.
Posted by Sci-Fi Gene at 19:26 3 comments:

Vincenzo Natali's film Splice is a modern-day take on the Frankenstein theme. Two scientists, Elsa and Clive (Sarah Polley and Adrien Brody) decide to make a baby - the genetic way - but their Artificial Life chimaeras are not freaky enough so they add in some human DNA. The result is Dren, two parts Frankenstein's monster to one part ET, who is brought up in a store room and then an abandoned farm. Delphine Chanéac plays Dren for much of the film and this is an intense performance.

The moral of this story is: scientists should not be allowed to have babies. Ever. Dren is mistreated and abused by the pair in the name of science, love or science and love. For Elsa (Sarah Polley) her own shaky family background comes back to haunt her - and drives her increasingly erratic behaviour. There's no similar explanation for Clive's equally bizarre and shocking treatment of Dren towards the end of the film.
Posted by Sci-Fi Gene at 01:00 2 comments:

I felt the final novel in the Vatta's War series regained much of the momentum missing from the previous one, and it built to a satisfying climax on both strategic and personal levels. This is partly because we see much more of Ky and much less of Stella and Rafe. Kylara finally finds herself in command of a large and deadly, if improvised, fleet, and in the face-off against Turek it's her strategic flair that is most tested, leading to one of the most interesting battles in the whole series. Once the battle ends we find ourselves in a slightly overlong coda where other plot strands are tied up including the sexual tension: this is a bit syrupy, but there is at least a sense that Ky has grown as a person as well as a commander. 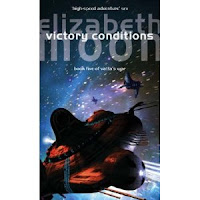 An interesting idea running through the novels is Ky's discovery that she enjoys killing, and her struggle to understand this trait. While Ky feels she is a misfit, in fact the trait is more common than she thinks - it's certainly present in other members of the Vatta family such as Osman and Grace - one went on to become a psychopath while the other became a formidable spy but remained highly moral. Perhaps many people have this trait but most suppress or deny it. Enjoying killing isn't necessarily the same as having a desire to kill, nor does it necessarily mean you are amoral, which may be the factor that separates Osman from Grace and Ky. However there is something important in how you respond to those feelings, and it seems this is about maturity and self control.
Posted by Sci-Fi Gene at 01:00 No comments: 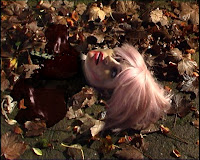 I am pleased to announce that Last Zombie Standing will be screened at Walthamstow Short Film Club's Hallowe'en event on 28th October, at Ye Old Rose And Crown, Walthamstow. For details see the Facebook event page.
Posted by Sci-Fi Gene at 21:06 No comments:

Laurell K. Hamilton's fairy noir heroine Meredith Gentry is an exile from the fairy kingdom, working as a PI under a false identity and a magical disguise. In A Kiss Of Shadows, Gentry investigates a mysterious, fairy-obsessed sadist on behalf of his wife and mistress. What she uncovers, however, leads her on a journey back to the fairy court.


Gentry is both adventuress and seductress: her adventures are A rather than YA, closer in tone to Jacqueline Carey than, say, Stephenie Meyer. The world of supernatural battles and treaties, hidden in plain sight in the mortal realm, reminded me of Sergei Lukyanenko's Night Watch. However the plot is reminiscent of A Midsummer Night's Dream with the jealousies and power-struggles between immortals and their loyal servants, with lesser fey and mortals as pawns. Having said that, Shakespeare* even at his bawdiest would have blushed at some of Gentry's exploits. You have been warned.

I enjoyed this novel: one disappointment was the plot leading straight back to fairyland - the fairy-PI setting is hardly exploited at all. There are more Meredith Gentry novels and I'll report back on these but how about a "Casebook of Meredith Gentry" short story collection?

Some thoughts about Doctor Who: the second half of the season opened with two episodes written by past masters: Steven Moffat's "Let's Kill Hitler" and Mark Gatiss' "Night Terrors." The tones of the episodes are poles apart: comic sci-fi and psychological horror, but there are some interesting common themes: both feature eyeballs, and both are about miniaturization.

LKH features a humanoid robot time-ship, the Tesselator, crewed by tiny time-policemen and jellyfish robots. The concept reminded me of Woody Allen's "Everything You Always Wanted To Know About Sex" where a similar miniature crew pilot a man through a dinner date in what might be the most original Star Trek spoof ever. I'm told Eddie Murphy also based a film around this idea, to which I believe the correct response is "Eddie who?"

Night Terrors also involves miniaturization but it's a clever twist - to say more would be [breathy Alex Kingston voice] "Thpoilerth...." There's no sci-fi here although the backstory is borrowed from John Wyndham, instead everything is explained in terms of an unusually powerful mind, which is not really any explanation at all. This episode may also be the prequel to one of the Silence encounters earlier this year.

The original concept for Doctor Who included scope for the TARDIS to bring the Doctor and his companions into macroscopic or microscopic environments as well as travelling in space and time, allowing potential for some great sci-fi and educational storylines. This capacity was almost never used - a rare exception is the excellent William Hartnell story Planet Of Giants - so it's great to see the series having some more fun with miniaturization.
Posted by Sci-Fi Gene at 22:09 2 comments:

Work in progress: dark side 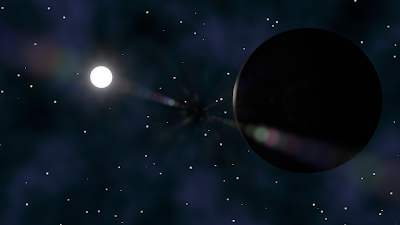 Post production on the music video for "2007" is now complete. I'll post news about any screenings or online viewing, and I also plan to write a little more about the experience of making this video - twice - and everything I've learned along the way. Now I think I'm going to sleep... 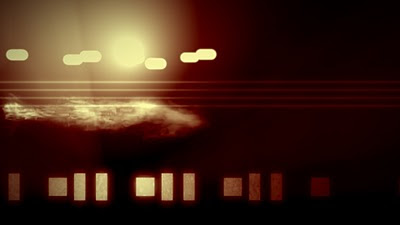 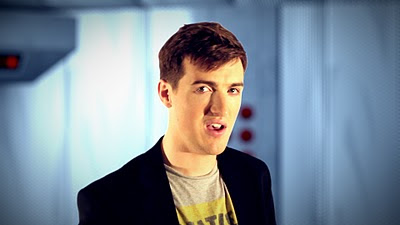 Tenderstar have a presence on Facebook - look them up for details of gigs. You can also listen to 2007 and other tracks on their website here.
Posted by Sci-Fi Gene at 21:57 4 comments: