"We Can Get You Some Really Cheap Gear" Screening: Kino London

"We Can Get You Some Really Cheap Gear" wrapped on Sunday night and will be screened at Kino London, at the Vibe Bar in Brick Lane, on 1st March.
Posted by Sci-Fi Gene at 20:14 No comments:

Warning: Thieves Operate In This Hospital [Review: The Skin I Live In]

Surgeons are the new zombies!

The last few years have done a lot to raise the profile of Evil Medical School, particularly the surgical department. Mr. Josef Heiter’s pioneering work in the field of humancentipedial surgery has been celebrated in Tom Six’s two highly educational and tasteful films. Now Heiter’s classmate, Mr. Robert Ledgard stars in Pedro Almodovar’s extremely dark film “The Skin I Live In” – winner of Best Foreign Language Film at the 2012 BAFTAs. Principal Frank’n’Furter would be proud, if he wasn’t still on sabbatical in Transylvania.

Ledgard, played by Antonio Banderas, is an acclaimed surgeon and researcher. Following the death of his wife in a fire, he is pioneering an artificial skin replacement which will be fireproof – but as it is a transgenic tissue, his research is controversial and might be shut down.

He claims to have tested the skin on mice but the Ledgard home is full of secret laboratories and operating theatres. He keeps a beautiful but strange woman, Vera, locked in a room under CCTV observation, and he has already given her several skin transplants. Vera is played enigmatically by Elena Anaya. Is she held against her will, or has she submitted to captivity out of love for Ledgard?

Ledgard’s mother also lives in the house and works for Ledgard as his housekeeper. The unexpected arrival of a man dressed as a tiger, on the run after a robbery, shakes up the situation and brings back the past – in a series of discussions and flashbacks we learn that the fire was only the start of the Ledgard family tragedy, while Vera turns out to be far more than just a captive lab-rat.


The Skin I Live In equals the darkness of Tom Six’s work without ever resorting to bad taste. With a steadier hand at the tiller, performances and production in this film are outstanding. It’s also a departure from Almodovar’s usual bright, clashing colours - instead the palette is dominated by pastels, skin tones and surgical blues or greys.

Stars In Their Skies

“2007” was shown at Rotoreliefs on 30th January. I really enjoyed the other shorts on the programme, several of which had been made for competitions, and all but one of which had been made for peanuts. Hard to pick a favourite from such different films but I loved the documentary based on the idea of releasing balloons with messages: a simple but totally unique concept, and some amazing shots. I learned a lot from joining in the Q&A panel afterwards – not least that there are people who spend even less than me on their films! As far as “2007” goes, I’d expected questions on how we’d approached the video or where the ideas had come from, but apart from the budget question I was asked about the technical side of how we’d set up the bluescreen: I'm planning to do a tutorial on this shortly. Thanks to the organizers for a great night, particularly for the chance to meet like-minded filmmakers. 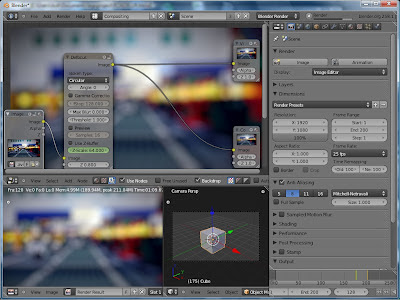 Today I didn't have the heart to delete Default Cube...

Meanwhile production continues on the stop motion short “We Can Get You Some Really Cheap Gear” which is due to be screened next week - provided it’s finished on time! Dialogue was recorded this evening by a small crew of extreme voice talent, and while there’s still one more scene to animate and a few changes to make to the edit, everything’s on track for now.
Posted by Sci-Fi Gene at 00:28 No comments:

Email ThisBlogThis!Share to TwitterShare to FacebookShare to Pinterest
Labels: 2007, amateur filmmaking, rotoreliefs, sci-fi, stop motion, tenderstar, we can get you 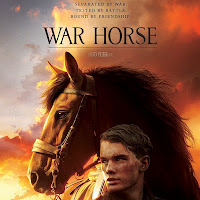 As actors and other film talent jockey for position in the final sprint to the Oscars, spur a thought for Joey the Horse. There’s still no category at either the BAFTAs or the Oscars for animals, so despite an inspiring performance, the team of fourteen horses that played Joey have neigh chance even of a photo finish. These Hay-class celebrities deserve at least a nomination – personally I wouldn’t saddle for anything less.


Joey seems to accept his fate stoically one minute, but pull off yet another ingenious escape the next: so War Horse both is and is not science fiction. War Horse also echoes many previous Spielberg films – it’s E.T. with horses! No, it’s Saving Private Ryan with horses! Indiana Jones with horses! I could be imagining this but the whole film has kind of a horsey feel to it.

However, there is some greatness in this film, including the war scenes which bring home many of the horrific realities of the First World War. It's really a series of short war films, linked together by Joey’s journey. Some are tragic, like the German soldiers, still boys really, who run away with Joey and hide in a windmill but are caught by their superiors, while others are surreal and funny, such as the Christmas Truce-like scene in which English and German soldiers follow Joey into No-Man’s Land. Sometimes there’s too much reliance on sentimentality or serendipity but rather than dominating the whole film, they are balanced out by the tragedies and the realism at other times.
Posted by Sci-Fi Gene at 01:15 No comments: 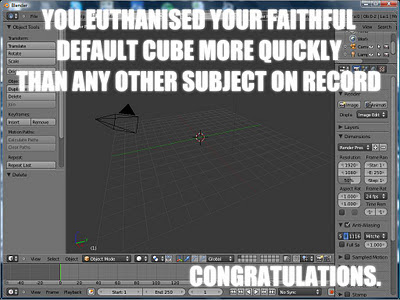